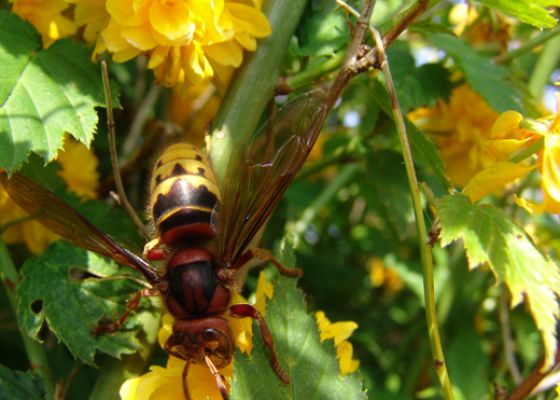 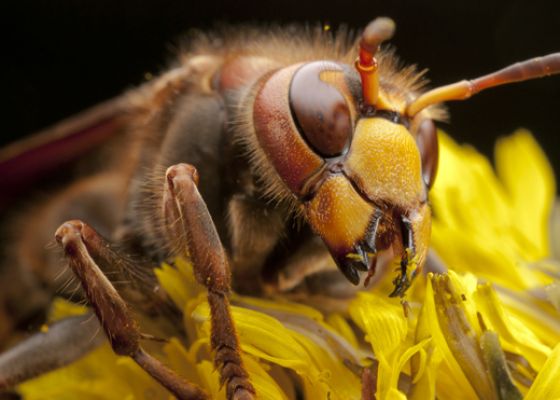 European hornets are sometimes known as “gentle giants”. They are large and will only sting when threatened, but they work together to defend their nest against anyone who comes too close.

European hornets are found in the United States from the Dakotas to the Northeastern U.S., extending south from Louisiana to Florida.

Though the European hornet prefers forested areas to urban settings, many suburban homes in the U.S. are located near these wooded habitats, which increases the likelihood of human contact.

European Hornet nests are typically built in hollow trees, but can be found in barns, sheds, attics and wall voids in buildings. Frequently, the nests are built in the openings of protected cavities. Nests built in wall voids may emit a stench. Mature nests usually have 300-500 workers, but they can occasionally number up to 1,000.

Like all wasps, hornets and yellowjackets, European hornets thrive in warm weather. The earlier the weather warms up in spring, the earlier the queen can establish a nest -- and the more severe the problem later in the summer.

Although typically active during the daytime, European Hornet workers may fly at night in humid, windless conditions and are attracted to external lighting and windowpanes. European Hornets have an exceptionally long seasonal cycle, reproducing from late August through November. Workers prey on a variety of insects -- including grasshoppers and other orthopterans, flies, honeybees and yellowjackets -- to feed their larvae. Hornets can also "girdle" a variety of trees for sap, including ash, lilac, horse chestnut, dogwood, dahlia, rhododendron, boxwood, and birch -- which may result in the death of the tree. Colonies last for one year and only the queen survives the winter.