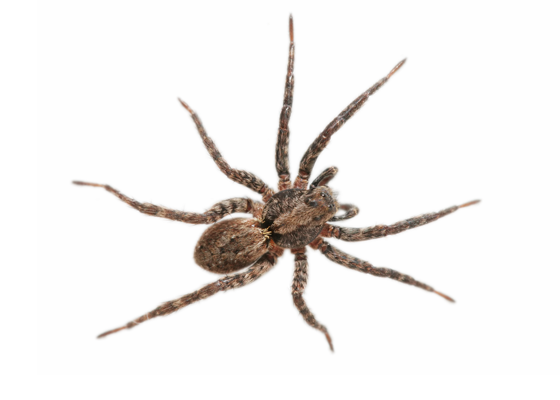 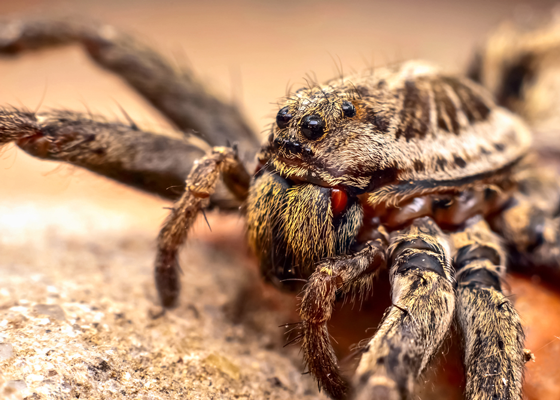 Wolf spiders are 8-eyed giants, that carry their young with them and don’t spin webs to catch prey.

Wolf spiders, whose species number in the thousands, are found all around the world.

Wolf spiders can be found in a wide range of habitats both coastal and inland. These include shrublands, woodland, wet coastal forest, alpine meadows, suburban gardens, and homes.

As the weather cools, wolf spiders leave their outside habitats for warmer surroundings indoors.

Wolf spiders are nocturnal and hunt for food in the dark. Unlike most spiders, wolf spiders don't spin webs to catch prey. They usually hang out near the ground, sitting and waiting for prey to come close.