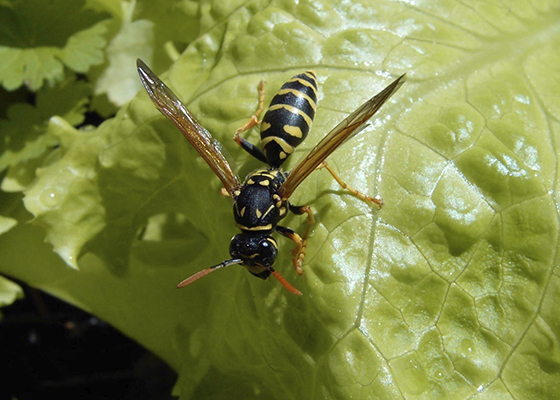 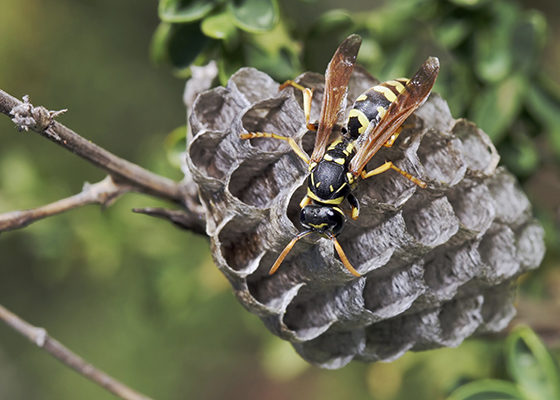 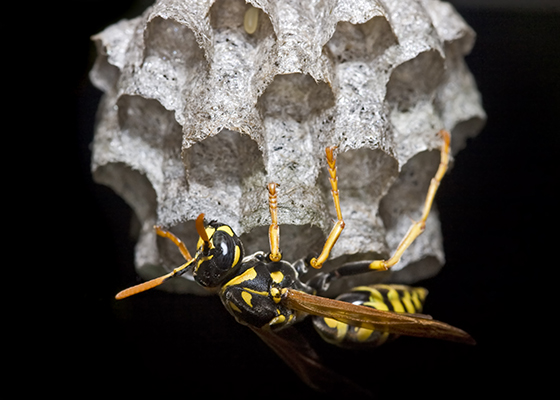 An invasive species to North America, this opportunistic yellow and black flyer is a yellowjacket impostor. Its species name is Polistes dominula or dominulus.

Native to Europe, hence the name European paper wasp, their North American territory is growing to encompass nearly all the western, upper midwest and northeastern United States along with Florida. Not to mention their colonization of Hawaii.

European paper wasps are best known for their upside-down umbrella-shaped nests under the eaves of homes and other manmade structures. The hollow parts of playground equipment can be choice nesting spots.

Like other paper wasp species, Polistes dominula hunt live insects in trees, shrubs and gardens during the day, resting on the nest at night. They only sting if they feel threatened.

Due to their yellow and black coloration and markings, European paper wasps are often mistaken for yellowjackets. The best way to distinguish a paper wasp from a yellowjacket is the position of their legs during flight. Paper wasps dangle their long legs like landing gears, while yellowjackets tuck their legs under when in flight. Paper wasps have a longer, narrower and more separated abdomen with an elongated waist. Their nesting habits are quite different as well. Paper wasp nests tend to be out in the open with a visible comb of cells. Most yellowjackets nest underground or in enclosed spaces with a paper covering around the cells.