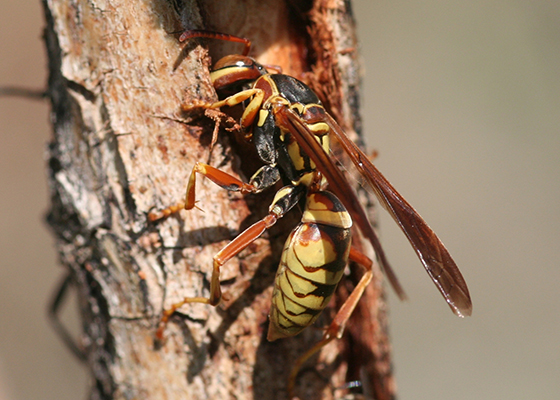 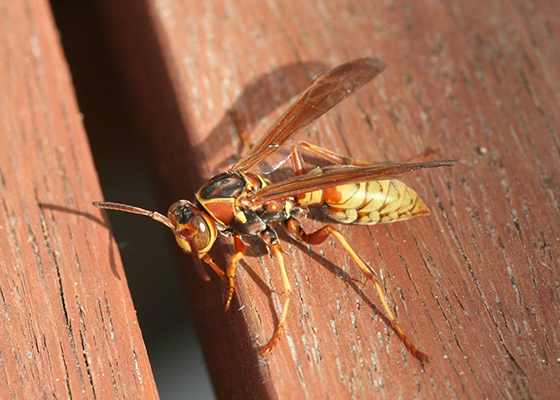 Golden Paper Wasps span the western half of North America, as far east as Nebraska and western texas.

Queen paper wasps begin forming nests from wood and live plant fibers in the spring. As with most species of paper wasp, the nests are a single paper-like comb of open hexagonal cells. Nests are oriented downwards and can contain up to 200 cells with 20-30 adult wasps. Golden paper wasp nest are relatively small in size and typically found in higher, sheltered locations.

Golden paper wasps are not very aggressive, so there is little threat of swarming. Wasps will sting if handled or if the nest is disturbed. Nests can often be found in areas of high human traffic, substantially increasing the chances of accidentally disturbing hidden nests.

As its common name suggests, the golden paper wasp is distinguished by its golden yellow color, primarily on the head, abdomen, antennae, legs and wings. It might have a few thin black markings on the head and abdomen and often has rust-colored markings as well.