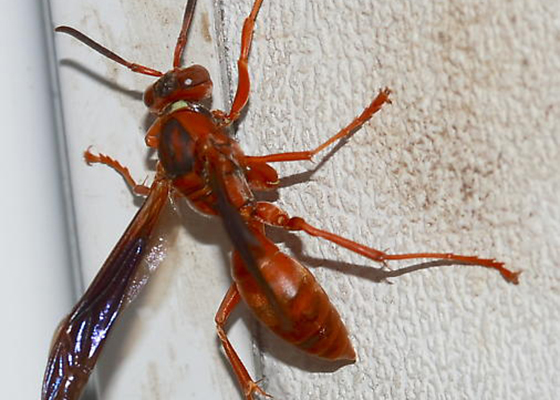 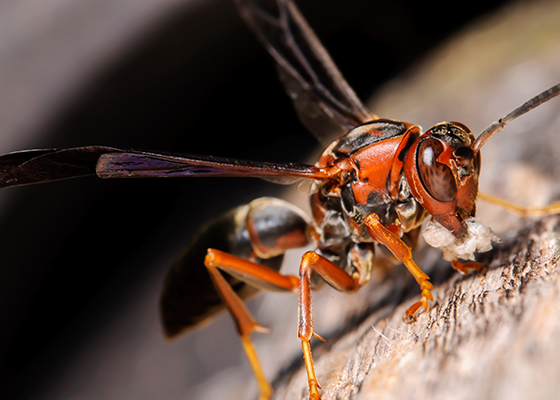 These huge wasps have a painful reputation if you get too close or aggravate their nest. Named for their rusty red color, the species Polistes perplexus and Polistes carolina are commonly known as red wasps.

Red wasps are found primarily in the southern U.S. from Texas to Florida, and as far north as Kansas, Illinois, even New York.

Red wasps have some of the largest nests among paper wasps. Growing to the size of dinner plates, these nests become quite noticeable hanging from and near houses and other manmade structures.

Despite their menacing size and conspicuous color, red wasps are fairly docile compared with other social wasps. Their tendency to construct nests on houses and near human activity makes it easy for them to feel threatened. Gardeners will notice them collecting plant nectar and hunting live insects.

Red wasps are roughly an inch in length with black wings. They are the only wasp species in North America with all over rusty red coloring, and only small touches of black or yellow.