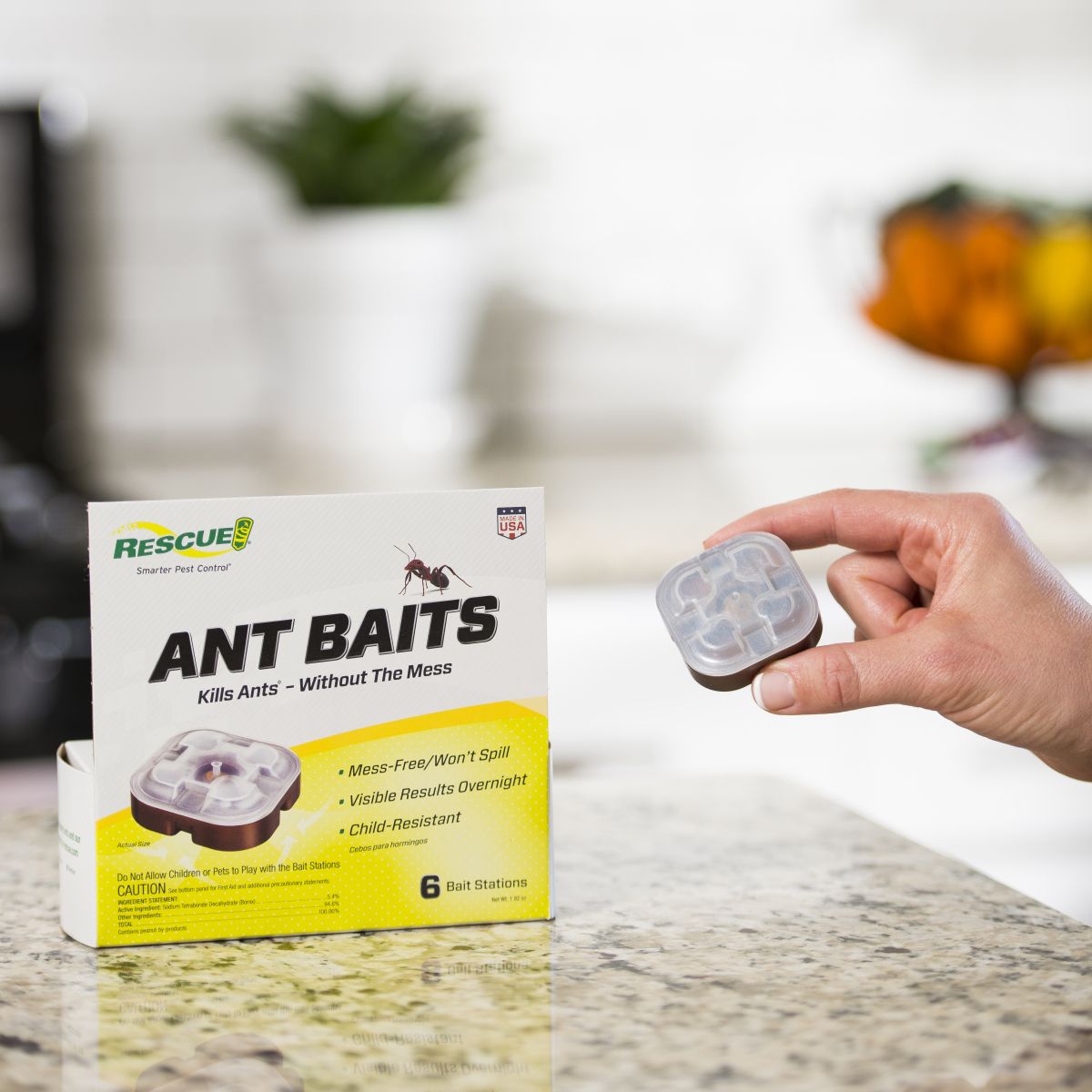 Bringing the same scientific innovation that spurred creation of our insect traps and repellents, RESCUE! announces a foray into household ant control with our new ANT BAITS, debuting today at the 2018 National Hardware Show.

Our team of scientists devised a dual-bait formula that includes protein and carbohydrate. While foraging ants need sugar bait to feed themselves and other workers, protein ensures the poison will be consumed by the developing larvae and the queen to wipe out the entire colony within days.

Other novel features of the RESCUE! Ant Baits are a child-resistant bait station and mess-free gel.

Independent lab tests prove the RESCUE! bait station cannot be pried open by children. And because it’s in a gel form rather than a liquid, the RESCUE! dual bait formula stays contained within the bait station and won’t create a mess on the carpet or floor.

The gel formulation has the added benefit of allowing ants to efficiently transport the poison back to the colony. 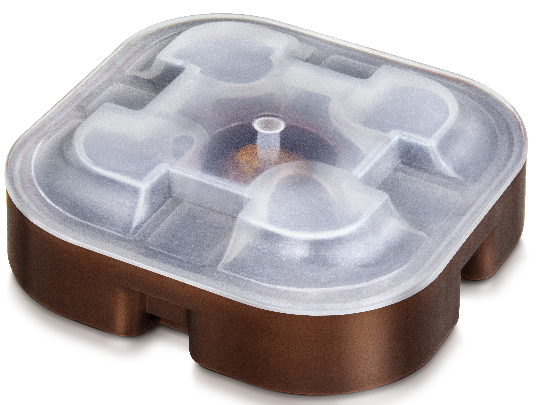 “We believe our bait formula, and the design of the station that contains it, answer all the deficiencies of other ant baits that have been on the market for decades,” says Rod Schneidmiller, founder and president of Sterling International.

Foraging ants have one job: Seek out food to bring back to the nest and keep the colony thriving. Other bait formulas present challenges to doing this job efficiently.

A container of liquid bait can become a drunken pool party for foraging ants. The ants dive in and binge on the sugar. Some never return to the nest because they gorged themselves too heavily. Others simply drown. 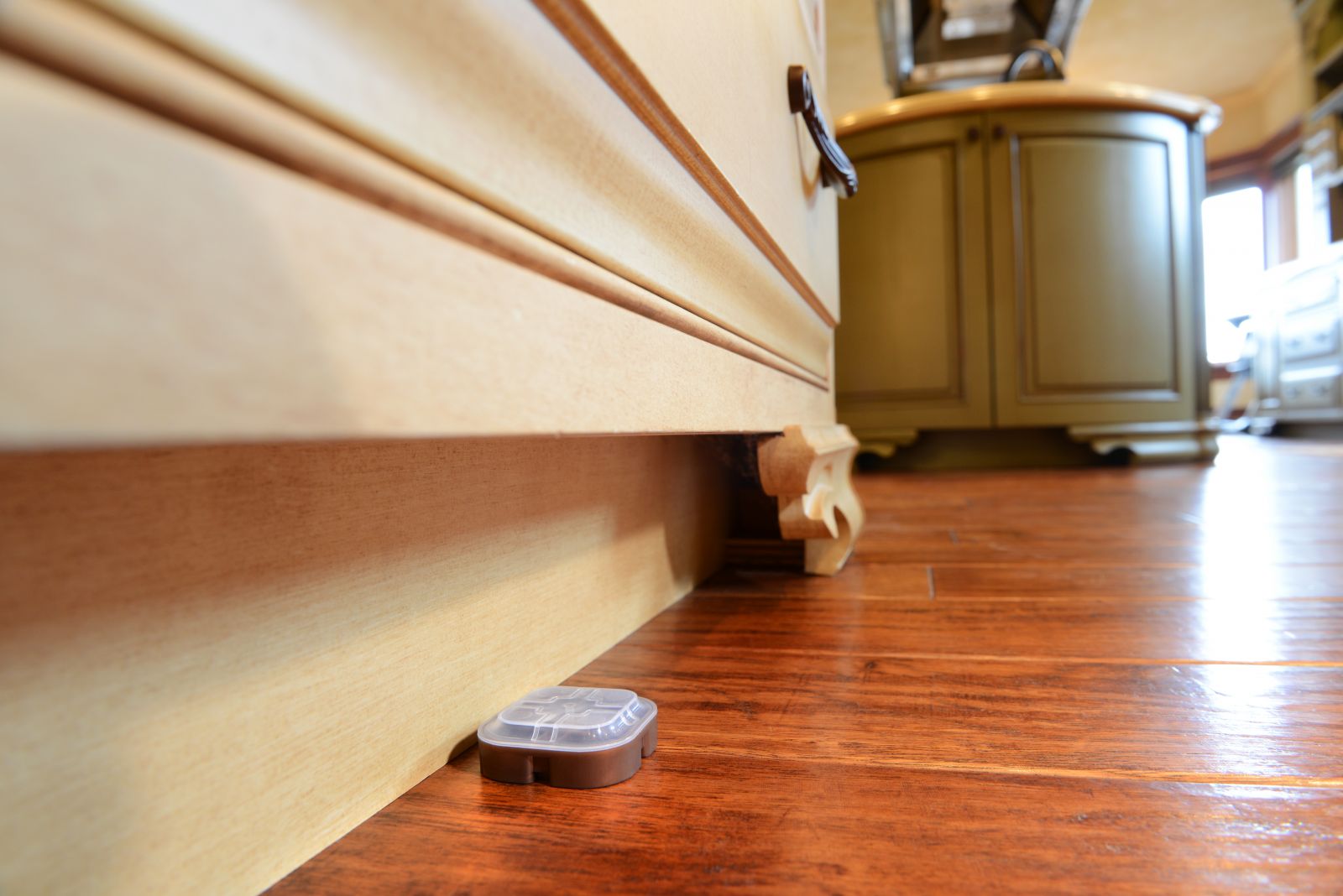 Other bait stations contain a carbohydrate and protein combined in a solid form, which requires more time and effort to do the job. Once they get the bait back to the colony, the workers must dissolve and separate the two foods before they can feed them to the other ants – taking longer to wipe out the colony.

In the RESCUE! bait station, the two baits are in separate compartments, and in a form that’s easy to ingest and transport.

According to the National Pest Management Association, ants are the number 1 nuisance pest in America. They enter homes in search of easy food and water sources. Ants most frequently infest kitchens, but bathrooms or basements can harbor infestations as well.

“We know consumers are seeking low-maintenance insect control solutions that are safe to use around their family,” says Jim Oxley, Vice President of Sales & Marketing for RESCUE!, “so we’re planning on the Ant Baits quickly becoming a top seller in our product lineup.”

As with all other RESCUE! products, Ant Baits will be manufactured in the USA at our Spokane, Washington facility. Shipments begin in June.

Sold in a 6-pack at a suggested retail price of $6.49, RESCUE! Ant Baits will be found initially in participating locations of ACE Hardware, True Value Hardware, Do-it Best Hardware and Orchard Supply Hardware.