When NOT to use a Japanese Beetle Trap

When NOT to use a Japanese Beetle Trap

'Tis the season in which Japanese Beetles enjoy a smorgasbord of free eating in gardens throughout the Northeast and Midwest. These garden pests also putting down roots further westward, in places like Colorado.

Feeding on turfgrasses as well as 300 varieties of ornamental plants, Japanese beetles pose a serious threat to the health of your lawn and garden.

It's time to fight back -- but are traps the best way?

Here are four situations in which it's advisable to NOT use a Japanese Beetle Trap: 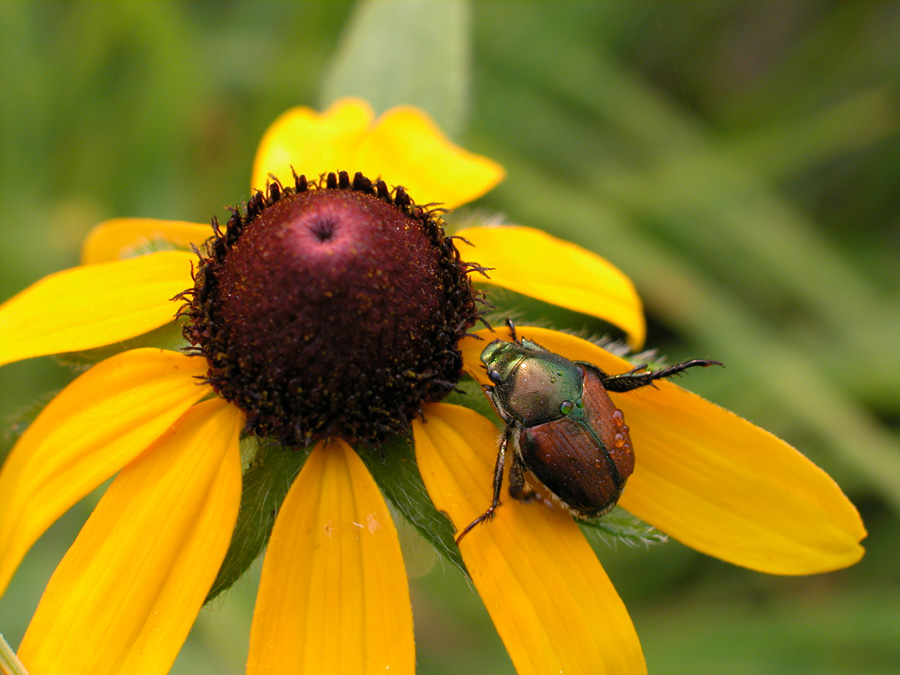 When you have hours upon hours of free time to hand-pick the beetles off your plants.

Because of their sheer numbers, the hand-picking method involves a daily battle to get every last beetle. If you have the time to hunt them down, more power to you!

Most homeowners and “yardeners” do not have that kind of time, however – so traps like the RESCUE! Japanese Beetle Trap offer a low-maintenance way to protect their yard and garden.

When you’d rather use harsh chemicals.

Do you prefer the nuclear option? Pesticide sprays that kill Japanese beetles on contact are also likely to kill beneficial insects like honeybees and actually harm your plants.

Obviously neither of these outcomes is desired – which is why a Japanese Beetle Trap, properly placed 25-30 feet away from where beetles are feeding, is a solution that actually draws the beetles away from your plants. 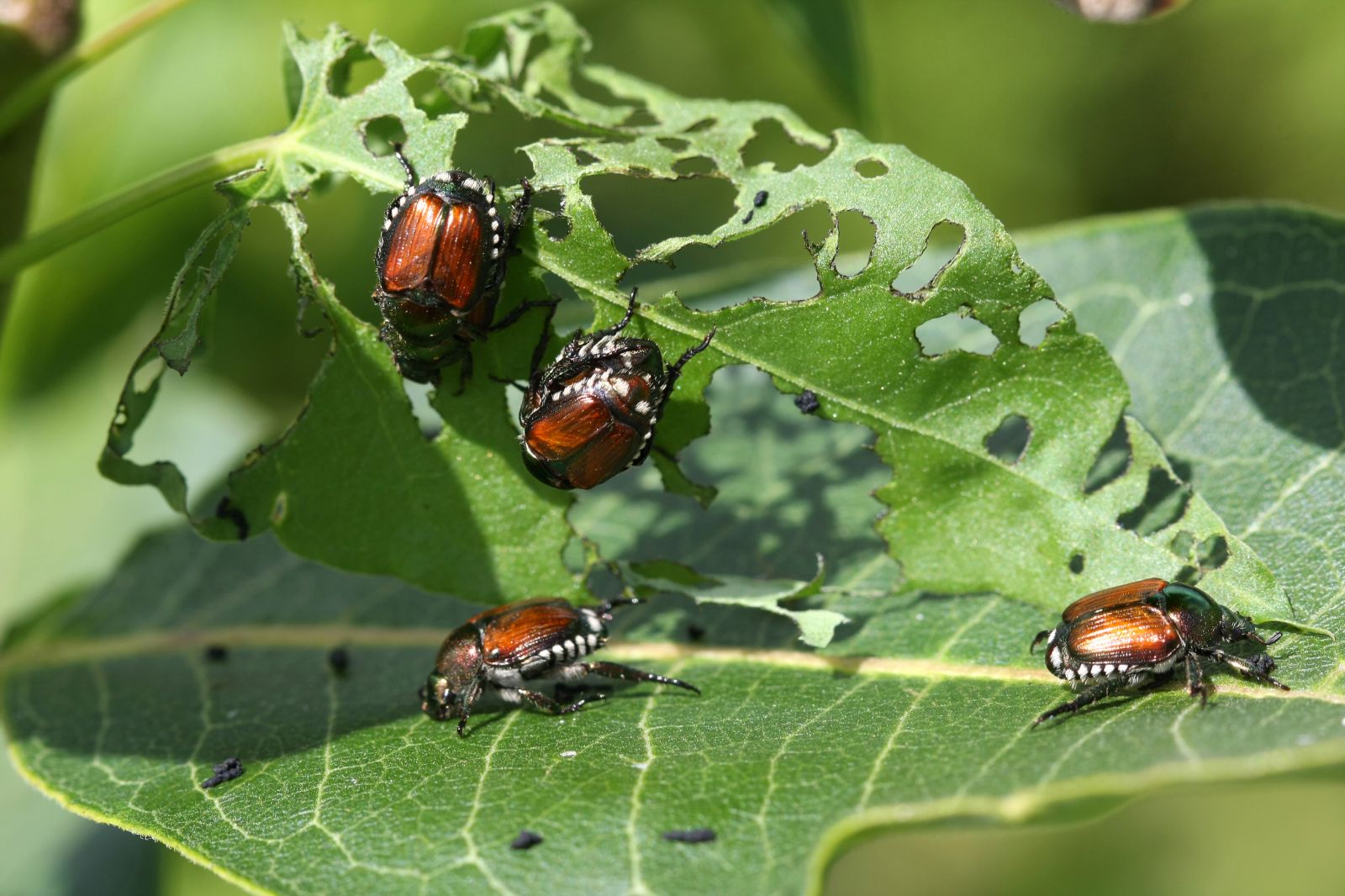 When you don’t care about your landscape being destroyed.

Japanese beetles go after 300 varieties of ornamental plants, along with fruits, vegetables and grass. They tend to cluster en masse while feeding on the plants and “skeletonizing” their leaves.

If you think this is an attractive look, then have at it – let the beetles eat their fill!

We believe, however, that your plants look more appealing when the petals and leaves are intact.

When you're fine with beetles mating and multiplying in your garden.

As the adult male and female beetles feed on leaves in summer, the female will burrow into the ground or turf many times to lay her eggs. By mid-August, she’ll lay about 60 of them. Traps allow you to catch her before she burrows underground to add to the brood.

Want to let nature take its course, all over your yard? Then don't use traps and let the beetles enjoy their "summer of love".

But if you'd rather employ a little population control when it comes to your plant protection, hang a trap or two. With a pheromone lure that appeals to both male and female beetles, the RESCUE! Japanese Beetle Trap tells them where the party is.

If any of the above statements apply to you, then you shouldn't use a trap to control Japanese beetles. 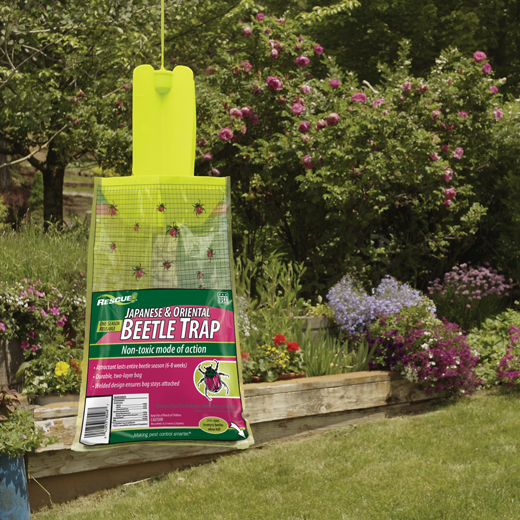 If not, and you're like most consumers, then reach for the RESCUE! Japanese Beetle Trap for these reasons:

· It's an all-in-one trap, with no accessories to buy.

· The attractant is engineered to have a controlled consistent release rate over the entire 8-week beetle season.

· The bag is durable and stays welded to the panels.

· It's reusable... if the trap fills up fast, the bottom can be unzipped to dump the beetles and keep trapping them throughout the season.

· It's the only Japanese Beetle Trap made in the USA.

Click here to find a store near you that carries the RESCUE! Japanese Beetle Trap.