What's the deal with DEET?

What's the deal with DEET?

Whenever the subject of insect repellent comes up, DEET is always mentioned – either as a panacea or a problem. So, which is it?

Here are the deets.

DEET is the common name for N, N-Diethyl-meta-Toluamide. It was developed in 1944 and originally tested as a pesticide on farm fields and then used by the U.S. Army in 1946 to protect soldiers in insect-infested areas. In 1957, DEET was registered for use by the general public.

Used in sprays and lotions for direct application to the skin, DEET soon became the gold standard in mosquito repellents – but there’s long been concern about its use. 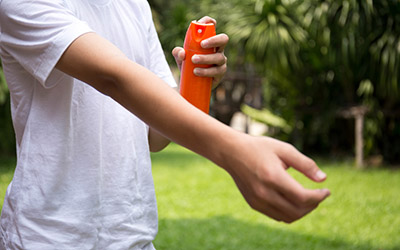 Any pesticide applied to skin can be problematic, and the use of DEET comes with a long list of precautions. According to the National Pesticide Information Center, people have had adverse reactions to DEET when they applied it to parts of their body that contacted other skin surfaces, and when they applied it to skin that was covered with clothing.

The chemicals in DEET are taken into the body through the skin and can be found in the blood up to 12 hours after application. More DEET ends up in the blood if its use is combined with application of sunscreen or consumption of alcohol. Once in the body, DEET is broken down by the liver.

Limited use for children 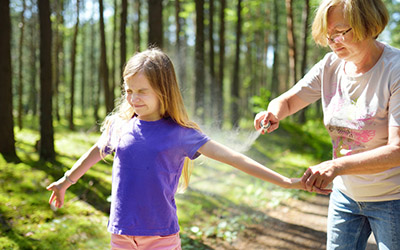 DEET’s use on children has caused further concern. The American Academy of Pedriatrics (AAP) has recommended that DEET not be used on children younger than 2 months of age.

The AAP has cautioned parents not to use DEET on the hands of children and to avoid applying it to areas around children’s eyes and mouths.

Since concentrations higher than 30% can be toxic, the AAP also recommends that a repellent with only 10-30% concentration of DEET be used on kids, and that it be applied no more than once per day. But a 10% DEET repellent lasts a scant 90 minutes – hardly long enough to protect children while they’re enjoying the outdoors in the summer.

So what’s an effective and safe alternative to DEET?

With a focus on more eco-friendly living, people have been turning to essential oils for medicinal, therapeutic and other purposes. Over 10 years ago, ahead of this trend, RESCUE! saw an opportunity to use natural plant oils in an insect repellent. 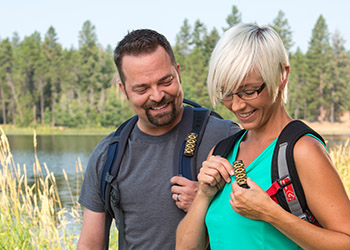 Scientists at RESCUE! came up with a specially-formulated blend of lemongrass, clove, cinnamon and peppermint oils that acts as a spatial repellent to keep insects from landing.

But the RESCUE! solution goes beyond merely dabbing these oils on your skin. Just as with repellent sprays or lotions, oils applied directly to skin can wash off or evaporate within hours.

With the Mosquito GoClip® and Mosquito Repellent DecoShield® Lantern, RESCUE! has come up with a better way to harness these oils for repellents -- infusing them within a porous material so they don’t touch skin or eyes, won’t wash off, and can be metered out over a long period of time.

The GoClip® attaches to clothing or a backpack and shields the wearer from insect landings. It comes in a resealable pouch and can last up to two weeks. Independent lab tests show that the GoClip® has a 90% repellency rate against mosquitoes -- which is as good as DEET. 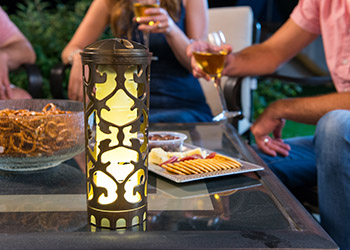 The DecoShield® can be hung or placed on a table to protect a 300-square-foot area like a deck or patio. It lasts 4 days and can be used again and again with DecoShield® refills. An LED light provides a warm glow at dusk, when mosquitoes are more active.

Both products are safe for use around your loved ones, including your pets.

Ditch the DEET and repel mosquitoes the natural and effective way!