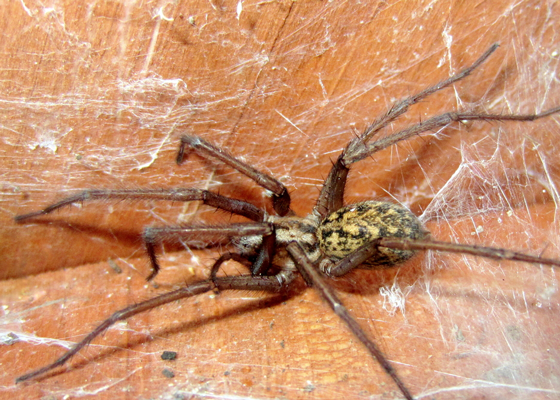 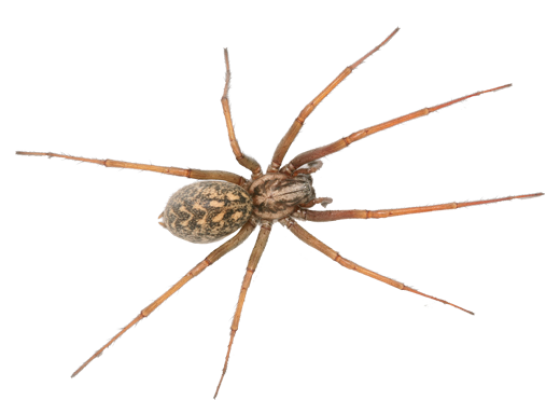 The name "hobo" is linked to the spider’s presumed spread to distant cities via railways.

The hobo spider is actually an invasive species from Europe. In North America, the hobo spider lives in the Pacific Northwest, from British Columbia east to Montana, Wyoming, and Colorado, and south through Oregon and northern Utah.

Hobo spiders are most noticeable and active in late summer/early fall. From August through October, hobo spider mating season happens and they are driven indoors.

Hobo spiders are driven indoors for spider mating season from August through October.  Males, searching for females, follow pheromone scents given off by female hobo spiders. Houses with old or broken door sweeps, windows/screens, no weather stripping around exterior doors, foundation cracks, etc., are at greater risk for hobo invasion.

The hobo spider is not aggressive, and would rather run away than attack.