We've posted before about our support of the Union Gospel Mission in Spokane and their efforts to combat homelessness in our hometown. 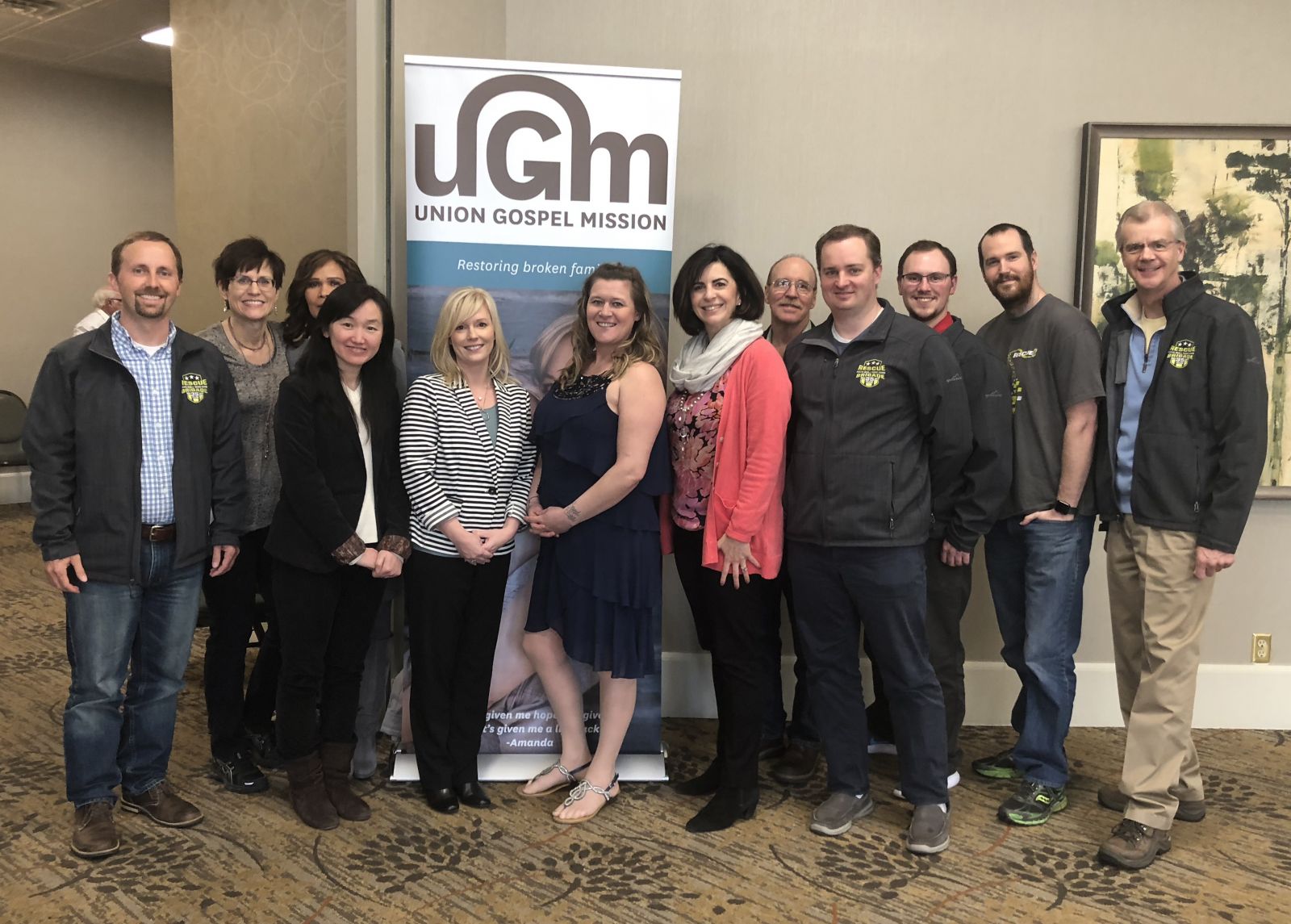 Today a group of our employees attended the annual UGM Luncheon to celebrate the organization's successes and learn more about how UGM has helped individuals make positive changes in their lives to end the cycle of poverty, destructive behavior and homelessness.

Beyond meeting basic needs of food and shelter, the staff at UGM help homeless individuals get back on their feet and learn they are worthy of love.

UGM Executive Director Phil Altmeyer challenged common assumptions most people make when they encounter a homeless person. People end up homeless for many reasons, but a large number of people are on the streets because of trauma experienced at a young age, and through no fault of their own.

Several UGM clients shared their personal stories of childhood trauma. One woman recounted the memory of her divorcing parents literally using her body for a tug-of-war in a parking lot as they argued over who would raise her. A young man described watching his mother deteriorate from heavy drug use. Another told of horrific abuse by an uncle while his parents were at work. The stories were difficult to hear.

The luncheon's keynote speaker was Dr. Mark Baird, Assistant Professor of Psychology at Whitworth University. Trauma, he explained, refers to "any experience we have that overwhelms our ability to cope." The brain's limbic system -- a complex system of nerves and networks -- causes the body to go into "fight or flight" mode when faced with such an experience.

From there, one can enter a state of "dis-integration" -- where, if the trauma can't be escaped, a person "shuts down" and the mind disassociates from the body to cope with the trauma.

"Childhood trauma teaches kids that life is dangerous and leaves them few resources to cope," said Dr. Baird. He used the analogy of a car alarm going off in the middle of the night. "If you heard that, you would look for any way to quiet the alarm," he said.

Is it any wonder, Dr. Baird asked, that childhood trauma can lead to greater problems later in life? Studies indicate that childhood trauma doubles one's risk of heart disease or cancer. Alcoholism and drug use are common methods of coping. And those circumstances naturally result in difficulty overcoming a cycle of poverty, unemployment and homelessness.

One of the most inspiring testimonies we heard was from a woman named Rachael. "I was stuck," she said. "My past failures had molded me." Trauma and loss led her to UGM's doors, but through the support she experienced, she found healing and discovered a greater purpose for her life. Rather than live on government assistance, Rachael eventually found a meaningful job and bought a home. The room of over 750 people chuckled and cheered when she said: "I even owe taxes!"

To end homelessness, it's essential to go beyond free meals and safe beds to the underlying causes. UGM affirms each person’s value and offers a pathway to a different life. We are proud to partner with this organization to end homelessness in our community.