How to tell a yellowjacket from a honeybee

How to tell a yellowjacket from a honeybee

Most of the time when people say they got a "bee sting", it was actually a yellowjacket. Yellowjackets aggressively sting for no reason, and unlike honeybees, they can sting multiple times. 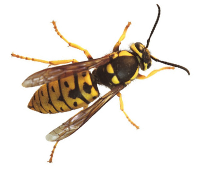 The 'yellow' on a honeybee's body is more of a golden brown or amber color. Their bodies are fuzzy, which allows them to capture pollen. They are slightly more than .5 inches long. 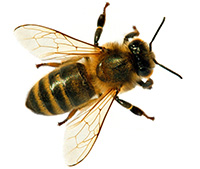 Yellowjackets are aggressive. They scavenge for meat and sweet liquids, which brings them in frequent contact with humans. They also feed on other insects. 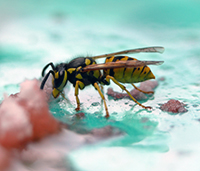 Honeybees are gentle unless their hive is threatened. They visit flowers for pollen and nectar, and generally keep away from humans. 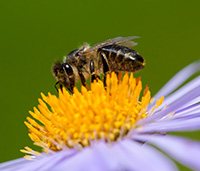 Yellowjackets sting unprovoked, and can sting multiple times without dying. They bite flesh to get a better grip, and then jab their stinger in. 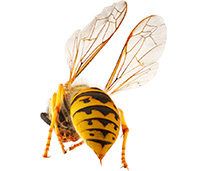 A honeybee can sting only once. Part of the abdomen, digestive tract, muscles and nerves get pulled out of the honeybee's body along with the stinger. 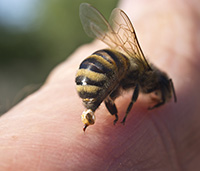 Yellowjackets build nests out of paper fibers. Most species will build nests underground, but some yellowjackets will nest in a wall void or under an eave -- always covered and with a single opening (unlike paper wasps with exposed honeycomb-like nests). 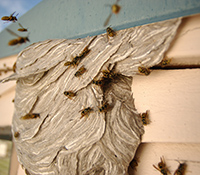 Honeybee workers live in hives built from wax secreted by their bodies. Pollen and nectar are added to each cell as food for the developing larvae. Honeybees also live in man-made honeybee boxes that enable access to the combs and honey. 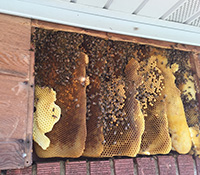 Yellowjackets forage for garden pests to feed their young. They do not have fuzzy bodies to collect pollen, and they don't make honey. 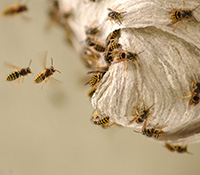 As prolific pollinators, honeybees are some of the most beneficial insects around. And of course, who can resist the honey they produce? 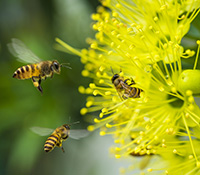 Ultimately, the danger posed by yellowjackets (especially to those who are allergic) outweighs any beneficial aspect of their presence -- so using traps is crucial. We do, however, want to do everything we can to preserve honeybees.

So it's important to note that yellowjackets are actually an enemy of honeybees. Yellowjackets will hover around the entrance of a honeybee hive and try to “gang up” on the worker bees who are guarding their home.