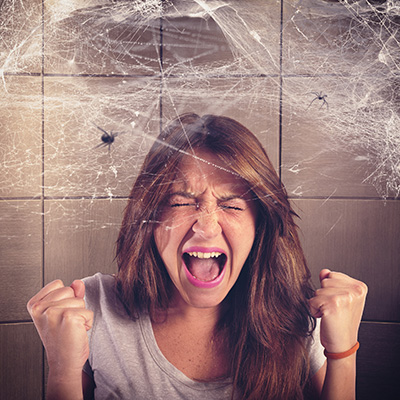 Here's some bad news for people with arachnophobia: It's hobo spider mating season!

Hobo spiders are most noticeable and active from August through October, when spiders come indoors to mate.

The name "hobo" is linked to the spider’s presumed spread to distant cities via railways. Hobo spiders are often found in log piles, rock piles/borders/retaining walls, crevices in soil or concrete, or locations where grass meets a building foundation.

The hobo spider is not aggressive, and would rather run away than attack. The only cases in which it may bite are when going after prey or when trapped against a person’s skin.

When a hobo spider does bite, it's almost painless, and it may feel like nothing more than a pinprick. Definitive proof is still lacking as to whether or not the hobo spider bite causes necrosis or staph infection -- oftentimes, a severe reaction like that is caused by the bite of a brown recluse spider.

Hobo spiders are part of a genus known colloquially as "funnel-web spiders". These arachnids construct a funnel-shaped structure of silk sheeting and lie in wait at the small end of the funnel for prey insects to stumble into their webs.

Spraying for hobo spiders can help stop them from getting in your home, but the spraying is not foolproof.  If they're already indoors, the best thing to do is keep the house tidy and place spider traps around your walls to capture them as they scurry about. 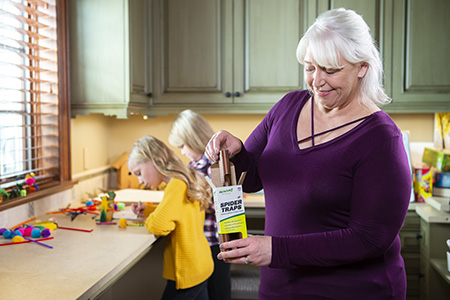 The RESCUE! Spider Trap catches hobo spiders and a variety of other biting and poisonous spiders common in the home.

Made of copper metallic plastic, the RESCUE! Spider Trap is attractive yet inconspicuous. Its thin shape allows placement in narrow spaces, and the sturdy plastic shell withstands crushing or breaking.

Spider traps should be placed where spiders are normally found indoors: Against a wall or baseboard, under toe kicks, around doorways, behind toilets, behind or under furniture, and inside basements or crawl spaces.

The RESCUE! trap comes in a 3-pack. It's ready to use right out of the box, and there's nothing to assemble.

Find RESCUE! Spider Traps at a retailer near you.