If you ask Rod Schneidmiller, our president and founder, if he thought his flagship product would go viral and become a TikTok darling with millions of views, he would of course say no. It's no coincidence that the very trap Rod first invented, the one he first sold out of his pickup truck in 1982, still amazes anyone who tries it. Rod founded our company with a clear vision that holds true 40 years later: We make environmentally sound, sustainable products here in the USA - and they flat work! 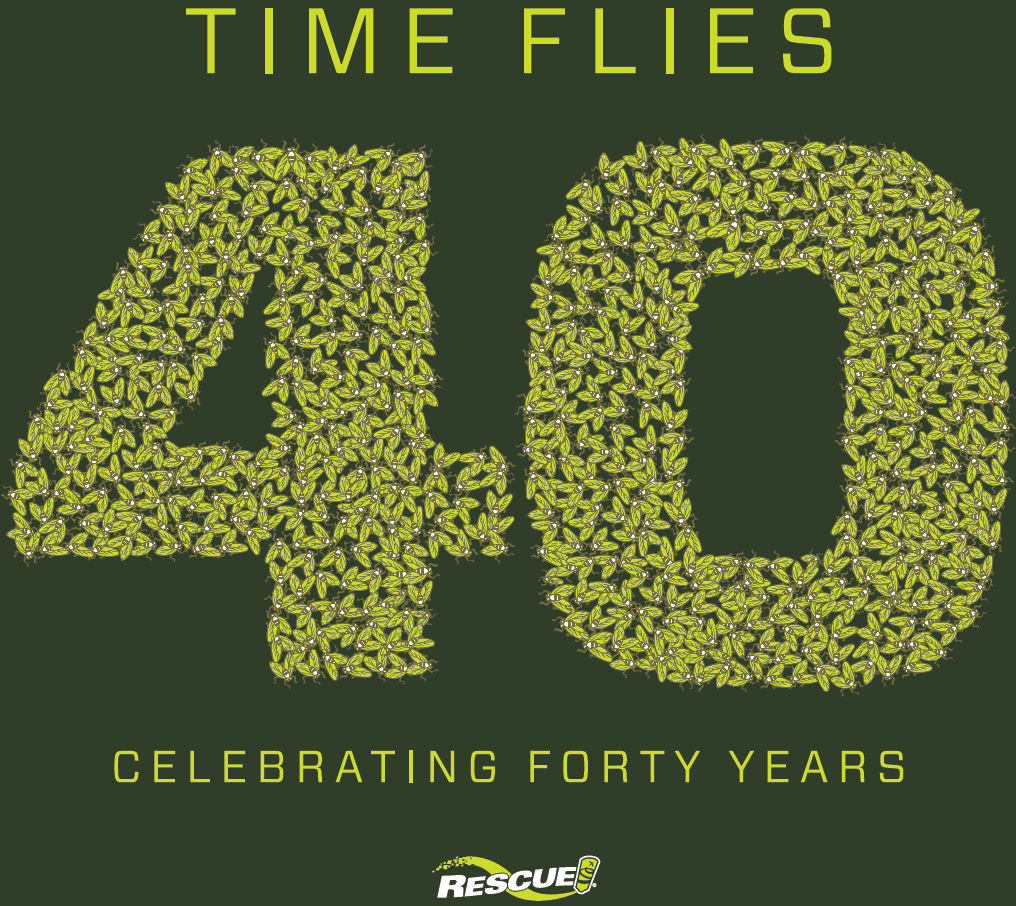 To kick off our 40th anniversary, all employees have a shirt, custom designed with a swarm of flies in the shape of 40.

Looking back, Rod is in awe of all we have accomplished, and credits all the people in the company who have made this possible. He is especially grateful for his wife, Gigi, and her compassion and steadfast partnership through these 40 years. In fact, Rod and Gigi have been married the same amount of years as the company has been going strong. We congratulate Rod and Gigi on 40 years of marriage - no small feat in itself - and 40 years of running a successful and thriving company.

Learn more about our company journey in A RESCUE! Retrospective:

Part One: It Takes a Special Kind of Grit to be an Entrepreneur

Part Three: Why Would Someone Trap and Insect, When they can Spray an Insect?

Part Five: Staying True to our Roots as a Family-Owned Company